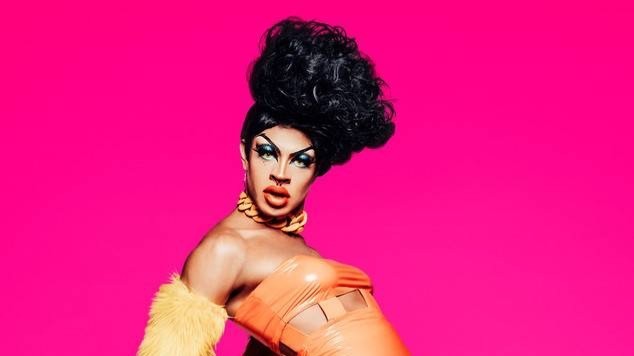 The divas at the wildly popular Voss Events Drag Brunch will begin a brand-new run at NYC’s The Iridium beginning Sunday, April 7.  Yvie Oddly from season 11 of RuPaul’s Drag Race will perform the opening brunch!

“It’s about time this big derrière of mine made its way to Broadway,” proclaims Jada Valenciaga who stars in the show alongside drag queens Bootsie Lefaris, Pattaya Hart, and Egypt.  The show will feature DJ David Serrano and the divas performing hilarious remakes of disco favorites. Drag legend and former America’s Got Talent contestant Shequida hosts.  “We will leave drag fans gagging, laughing and feeling fabulous,” she promises. “This is brunch, honey, and the best brunch is one you stumble out of!”   Voss Events Drag Brunch takes place every Sunday at 12pm and 2:30pm from now through December at The Iridium, 1650 Broadway.

Voss Events Drag Brunch was originally conceived as an event where Manhattan’s gay glitterati could kick off their heels, let down their hair and wear balloon hats.  However, it quickly became a popular tourist destination and has since expanded into other cities.   Miami Beach and Las Vegas host their own versions.

Voss Events Drag Brunch includes unlimited mimosas, sangrias, bloody marys and, of course, the fabulous one-of-a-kind entertainment.  The cast performs two revue-style shows every Sunday, opening with a big, choreographed number featuring the entire ensemble. Then each queen gets her moment to shine in a solo performance.  The production closes with another ensemble grand-finale performance.

The Iridium is a musical landmark in New York City, known as a destination for intimately experiencing the best artists in the world. Icons like David Bowie, Paul McCartney, Keith Richards, and Slash were regulars at Les Paul's weekly residency at The Iridium which lasted for 14 years until his passing in 2009.  Among the up and coming singer-songwriters that have recently graced The Iridium stage are rising British singer-songwriters George Ezra and Jack Garratt, Dua Lipa, Muna, and BØRNS.