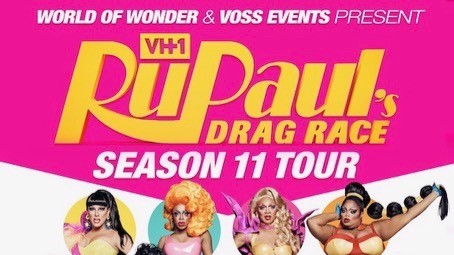 Emmy-award winning production company World of Wonder and Voss Events present The Official RuPaul’s Drag Race: Season 11 Tour, to kick off a sickening run of shows on Sunday, May 26th in Los Angeles.

“This summer I’m hitting the road with the baddest queens in the land...the land of Season 11!” said Asia O’Hara. “All bets are off and all rules are out the window as the Queens show you what they are REALLY made of! And of course, I’ll be safe behind the microphone.”